The Laws of Justice 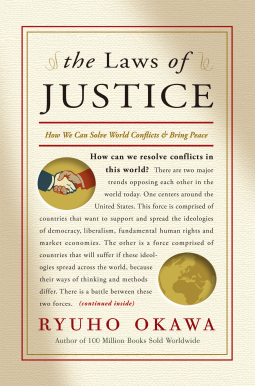 The Laws of Justice

How We Can Solve World Conflicts and Bring Peace

The Laws of Justice is published amidst a chaotic period in history where there are an unprecedented number of world conflicts including international terrorism, the rise of ISIS, the Syrian Civil War and tragic refugee crisis, the Iranian Nuclear deal, the military expansion of China, and nuclear development and threats by North Korea. During the eight years of the Obama Administration, the world order has begun to fluctuate greatly as the American government has abdicated its role as the world’s policeman. The volatile nature of the 2016 American election may further complicate the international business, economic, and diplomatic climate including critical international trade. By combining six of the author’s lectures given in Japan, The Laws of Justice has brought together religious, spiritual, political, and economic reasoning to show how world leaders, academic thinkers, and thoughtful readers can bring the world together. This ultimate guide to world peace depicts how justice should be in this world from a unique perspective that surpasses differences between religion, race, and culture.