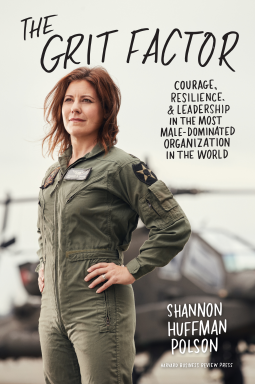 Courage, Resilience, and Leadership in the Most Male-Dominated Organization in the World

What does it take for women to succeed in a male-dominated world? The Grit Factor.

At age nineteen, Shannon Huffman Polson became the youngest woman ever to climb Denali, the highest mountain in North America. She went on to reach the summits of Mt. Rainier and Mt. Kilimanjaro and spent more than a decade traveling the world. Yet it was during her experience serving as one of the Army's first female attack helicopter pilots, and eventually leading an Apache flight platoon on deployment to Bosnia-Herzegovina, that she learned the lessons of leadership that forever changed her life.