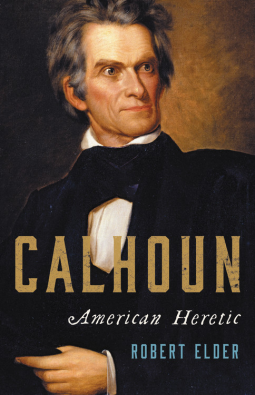 The first biography in a quarter century of the intellectual father of Southern secession
John C. Calhoun is among the most notorious and enigmatic figures in American political history. First elected to Congress in 1810, Calhoun went on to serve as secretary of war and vice president. But he is perhaps most known for arguing in favor of slavery as a "positive good" and for his famous doctrine of "state interposition," which laid the groundwork for the South to secede from the Union -- and arguably set the nation on course for civil war.
Calhoun has catapulted back into the public eye in recent years, as the strain of radical politics he developed has found expression once again in the tactics and extremism of the modern Far Right. In this revelatory biographical study, historian Robert Elder shows that Calhoun is crucial for understanding the political climate in which we find ourselves today. By excising him from the mainstream of American history, we have been left with a distorted understanding of our past and no way to explain our present.